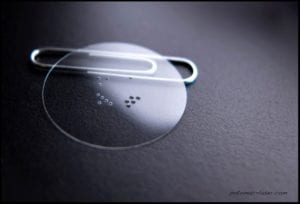 All complex systems are made of fundamental building blocks that underpin basic functions, processes and connections.  The brain’s seemingly infinite ability to carry on a wide range of capabilities from speech to sensory perception is no different:  the nerve cell and the synaptic junction are the elementary units upon which all brain activity is built.

How Does the Brain Process Sensory Information?

Finding the underlying neural basis of perception is the goal of research being conducted in the Adesnik Lab, part of the Department of Molecular and Cell Biology at the University of California, Berkeley.   Explains group leader Hillel Adesnik, “we want to understand exactly how microcircuits in the brain process sensory information to drive behavior. While decades of research have carefully outlined how individual neurons extract specific features from the sensory environment, the cellular and synaptic mechanisms that permit ensembles of cortical neurons to actually process sensory information and generate perceptions are largely unknown.”

In their work, the Adesnik Lab researchers manipulate and monitor neurons in mice that are awake in order to come to a more complete understanding for how neural circuits in the human brain support sensation, cognition and action.  The lab developed novel optical imaging techniques that require a glass window be implanted into the mice brains in order for light to propagate.

While glass coverslips can be purchased, the Adesnik Lab scientists wanted to prototype versions that expanded the ability to actively interact with the mouse brain.  They imagined holes in the substrate for access of drugs and electrodes so that they could measure interaction with receptors and add dyes to measure levels of neuron activity.

Determining a balance in size and shape has been an important part of the research.  “Initially we tried mechanical processes easily found in our Department,” says Professor Adesnik.  “But it was far too unreliable for our research standards.  It was hard to reproduce the exact size of the holes that might be a circle as small as 250 microns in diameter or be in the shape of a square, and holes that were too large were an issue since the mobility of the mice created instability in the recording platform.”

More importantly the mechanical methods did not accurately place the precise location of the hole to target specific areas of the brain the group wanted to reach.  Potomac had the expertise to cut glass with no cracking but also experience with high accuracy machining that placed holes exactly where the researchers needed them.  In addition, digital Computer-Aided-Design allows for variations in the designs that can be modified easily in software, speeding the iterative prototyping process.

Like much fundamental scientific research, the Adesnik Lab is hoping to add to the basic understanding of how the brain functions.  But more importantly, the information gathered in these studies just might improve treatments for neurological diseases such as autism, schizophrenia, and epilepsy that inflict mankind.