Celebrating American Innovation on the Fourth of July

Celebrating American Innovation on the Fourth of July 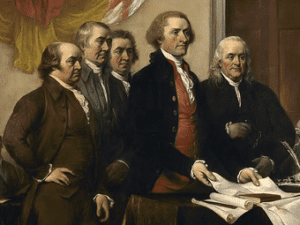 Adams, Jefferson, Franklin, Sherman &
Livingston – the Committee of Five who
Drafted the Declaration of Independence

Back in 1776, colonial America could not survive without the ingenuity of its people to devise the things needed for everyday life.  Supplies were a sea passage away and many of the colonies were rural, requiring long overland deliveries by horse-drawn wagons.  One would expect that people who were willing to venture to a new colony were adventuresome and self-reliant.  And so these first Americans proved they had the spirit to think creatively and solve problems in order to forge a new life in a harsh land.

Since most of the Founding Fathers were rural farm owners, they designed and built inventions to advance life in the New World.  At Mount Vernon George Washington devised a threshing barn that was a sanitary solution to grain threshing with horses and Thomas Jefferson created many tools to enhance life at Monticello.  Since he was also concerned about national security, Jefferson invented a wheel cipher for encoding messages among other clever devices for his government duties.

Benjamin Franklin is, of course, well known as an inventor of such things as the lightning rod and urinary catheter.  While he was a scientist and prolific builder of new technologies, it is interesting to note that he may also be the father of open source philosophy.  Franklin didn’t patent his inventions, wanting to make them available to everyone in the developing nation. 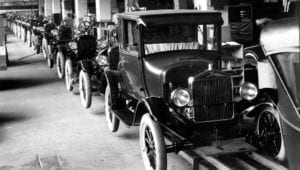 Building upon the strength of America’s early settlers, our native ingenuity created a golden age in U.S. manufacturing.  Henry Ford revolutionized the auto industry with his most important contribution being the development of the assembly line for mass production.  Without the assembly line, products were not affordable for mass markets and Ford understood the life-changing impact the car would have on America and the world.

Innovation in the Digital Age

Starting with Bell Labs’ invention of the transistor, Hewlett & Packard’s development of electronic test equipment, and Texas Instrument’s creation of the Integrated Circuit, the Digital age was ushered in on the backs of good, old-fashioned American ingenuity.  Whether taking humans to the moon or putting a computer on every office, school and home desk, the digital age produced new advances that opened doors to improve every aspect of life. 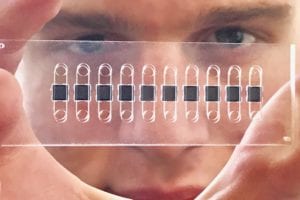 Today, Potomac is lucky enough to be riding a wave of innovative digital technologies that are changing healthcare, medical research, environmental studies and consumer products.  We are passionate about micro manufacturing and developing solutions that help bring our customers products to the market quickly and cost-effectively.  For example, we recently rolled out a toolbox of technologies geared toward speeding up the development and scale-up of microfluidic devices.  Utilized in many industries such as biotech and energy, microfluidics devices have been used in drug discovery, to diagnose ailments and create new energy sources.

As microfluidics technology advances, Potomac has had to innovate manufacturing processes from micro-machining tiny channels to drilling clean holes in glass without cracking.  We’ve expanded our capabilities to include laser micro-welding, bonding and other advanced processes that provide a complete solution to our customers in this exciting new field.

As we celebrate the Fourth of July, we are thankful for American Ingenuity that can be traced to the nation’s forefathers.  These early settlers set out to create a new life of peace, happiness and prosperity. It is their innovation in a new land that built the foundation for our own innovative work at Potomac.