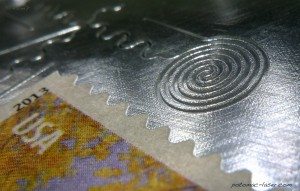 Potomac in partnership with UMBC is pleased to announce that we have been awarded a $100,000 grant from the Maryland Industrial Partnership [MIPS] to enhance manufacturing capacity of innovative hot embossed microfluidic devices. In addition, as part of the agreement, we will make cash and in-kind contributions of labor, equipment, and supplies.  The MIPS program helps companies accelerate various phases of technology commercialization.  To do this, MIPS funds collaborative R&D between Maryland companies and faculty in the University of Maryland system.

Since Potomac’s move to the [email protected] research and technology park we’ve had the privilege to work with UMBC faculty, including Dr. Tony Farquhar, an Associate Professor in the Department of Mechanical Engineering.  In accordance with the MIPS goals, Dr. Farquhar will conduct research with Potomac’s R&D staff to deliver a major scale-up of current rapid prototyping processes to fast, efficient, and consequently, economical production methods.

For the past 18 months Potomac has worked with researchers from academia and industry to develop an innovative manufacturing process for rapid prototyping novel microfluidic devices that have application in the biotech and medical device industries. Response to how quickly we can deliver rapid prototypes of custom microfluidic designs has been so strong we’ve quickly seen unexpectedly high demand for parts in production numbers. 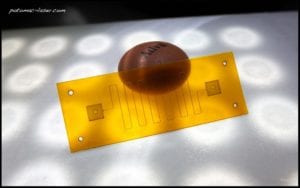 We fabricate the new 3D microfluidic devices by utilizing a complex integration of laser micromachining, micro-hole drilling, high precision hot embossing, and thermal bonding to create small patterns of holes and channels in materials such as PMMA, COC, Polystyrene and Polyimide.  In some cases, sensors, feed-through paths, ports, and/or surface mount electronics may even be incorporated into the finished product. The initial study will establish a baseline capability for running the microfluidic devices in 3 different materials.  From there, work will emphasize increasing run rate, which will be compared in each substrate.

MIPS is particularly interested in funding production-oriented R&D since projects such as Potomac’s has the potential to translate to more jobs for the state of Maryland.  In addition, creating new devices that contribute to healthcare on a mass scale is what drives Potomac’s passion for the project. Drug discovery, clinical testing, chemical analysis and other yet undiscovered applications can only help mankind if we are able to scale up production to make new technologies available beyond research to reach everyone who needs them in the world.